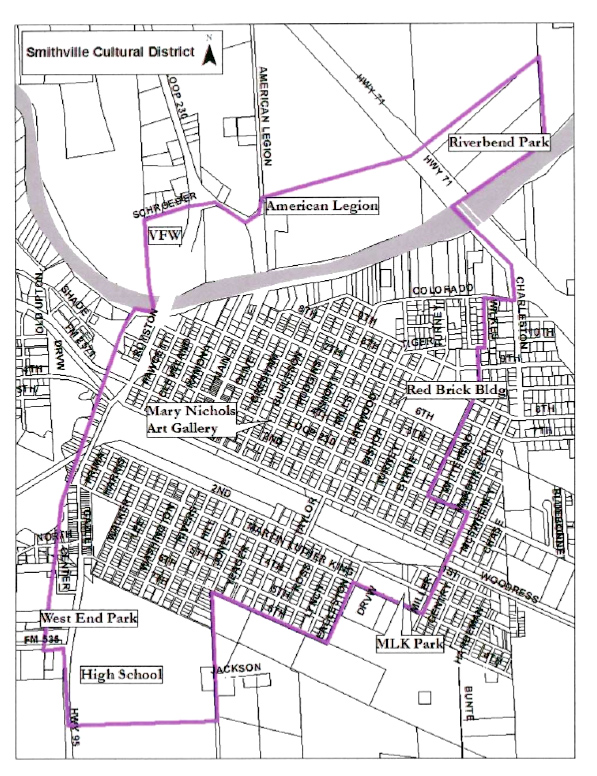 Smithville was named the first Film Friendly Town in Texas by the Texas Film Commission for its ability to attract film productions, including commercials and music videos. Over 30 crews have used Smithville for their movies including Hope Floats and Palme d’Or winner The Tree of Life.

Smithville has a rich musical tradition. West End Park was a major stop on the Chitlin Circuit prior to desegregation. Nationally-known jazz trumpeter Hannibal Lokumbe, who remembers the major artists who came through town, carries on their musical legacy. Rap artist Robert Earl “DJ Screw” Davis, Jr. was born in Smithville and had his first studio here.